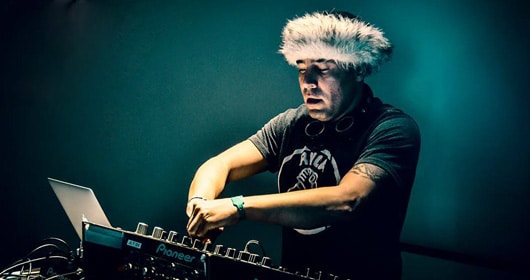 Back in the days, I heard for the first time of  Camilo Reyes in the one and only skateboard revue at this time, I mean NoWay mag. Exploits of best French skaters where related in the shadow of their famous American cousins, and it was for us, living outside of Paris, the only way to be connected with the skateboard scene.

Years later, after this revue disappeared following several mutation, I stopped riding a wood board in the streets, and totally forgot about the man. At the moment it was all about Punk / Hardcore music but many things have changed since…

It’s not until something like 1 or 2 years ago that Camilo went back on my radar under his Don Camilo nickname for his “La Messe” radio show on Radio Marais and his participation in “Blundetto Sound System” alongside Blackjoy and Blundetto himself (by the way, don’t miss this exclusive mix Blundetto did here some years ago).

Through the years, his career evolved into photography and a less known side of his life, singing / deejaying over tasty digital riddim (check  Run Come released on Jamafra or Champion Juggler on Brigante Records for example), is now his main activity.

You can easily understand that for the past, the present and hopefully the future, I’m really pleased to host an exclusive 10 Tracks selection of his choice, specially when it is full of reggae oldies like those ones… Noooooo Way !!