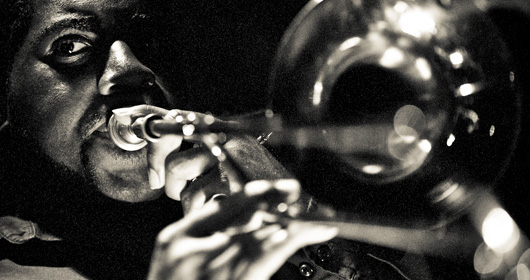 There are different theories about the origins of the word Ska. Ernest Ranglin claimed that the term was coined by musicians to refer to the “skat! skat! skat!” scratching guitar strum. Ranglin described the difference between R&B and ska beats is that the former goes “chink-ka” and the latter goes “ka-chink”.

Another explanation is that at a recording session in 1959 produced by Coxsone Dodd, double bassist Cluett Johnson instructed guitarist Ranglin to “play like ska, ska, ska”, although Ranglin has denied this, stating “Clue couldn’t tell me what to play!”.

A further theory is that it derives from Johnson‘s word skavoovie, with which he was known to greet his friends.

Jackie Mittoo insisted that the musicians called the rhythm Staya Staya, and that it was Byron Lee who introduced the term “Ska”.

Derrick Morgan said: “Guitar and piano making a ska sound, like ‘ska, ska,’ that’s why we call it SKA. The sound of the guitar and the piano, that’s why we give it the name ska.”