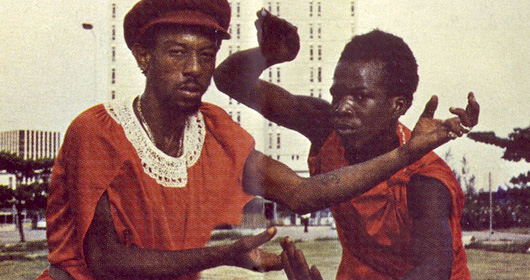 There was something engaging about Barrington’s plaintive but full bodied vocals. Jah Life later would refer to this as Barrington’s “canary style” voice, his vocals were so sweet and melodic. Barrington’s ethereal voice floated over the heavy dancehall rhythms. It was a perfect match. (…) Jah Life and Junjo brought Barrington Levy to Channel One and began recording rhythms tracks. At some point, Jah Life sent someone to go and buy some old Studio One and Treasure Isle albums so that the band could work out new arrangements of the Rock Steady classics. After the tracks were laid, Junjo and Jah Life took Barrington to King Tubby’s to do the voicing. (…) Scientist was in the studio.