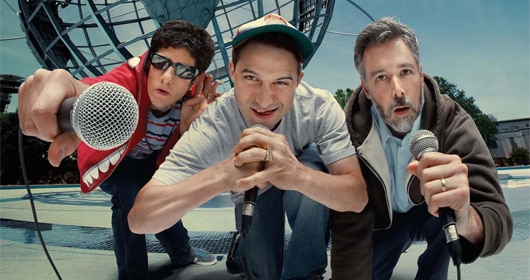 My first Hip-Hop memories are associated with some low quality tapes. I can specially remember about the ones, among others, which made me discovering this stream : Public Enemy, the french compilation Rapattitude and the first Beastie Boys album Licensed to Ill.

At first I was not so much into the sound of those Brooklyn guys but I was quite fascinated. It wasn’t until the second album Paul’s Boutique and the following Check Your Head that I really get caught. Those funky sample and distorted flow were matching so much with all the hardcore and skate things I was about at this period. So, like I guess a lot of people, when I’ve learned the death of Adam Yauch aka MCA, it’s a bit of my youth which flew away…

I don’t know what will Mike D and Ad-Rock do in the future. Maybe they’ll turn the Beastie Boys page or they’ll keep going on but I would like to pay them a tribute in this special issue through this totally subjective playlist including all my favorite tracks. RIP Adam.

PS : Cross the fingers and expect something special for the 100th episode !