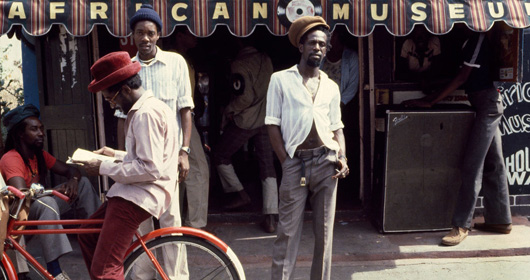 Among all the creative ways used to distribute Reggae music in Jamaica there is the discomix. In order to take advantage of the extended bass range of the 12-inch singles, better suited to dub music, producers started to press records with the vocal track followed by a dub or a deejay version of the same track. Directly inspired from American’s disco extended 12″ version, this format appeared in Jamaica in the mid-1970s and became as popular as the 7″ single format for some time. Personally, Reggae discomix is the format I like more and more to listen to. Instrumentals and dub are often more experimental and that’s the best way to extend pleasure so… Let’s get disco, big up !!