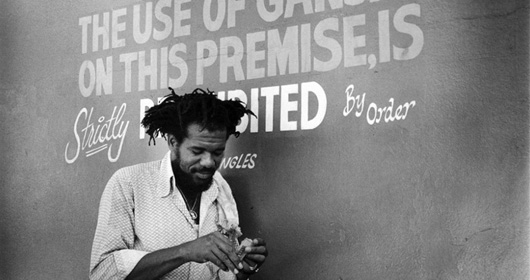 Back to the roots with a tasty Reggae 12 inch selection ! And for those of you which like to dig deep into Jamaican music, here are 2 opportunities to know more about this rich culture…

First one is the upcoming release of I am the Gorgon DVD, a larger than life close up look at the incredible career of  the legendary Jamaican record producer Bunny “Striker” Lee and the real roots of reggae music by the people who made it happen. Not much info about different subtitles languages but I guess we’ll know more when it goes on sale around November the 24th .

Second one is the documentary project of Harrison Stafford, founding member and singer of Californian band Groundation. “Holding on to Jah” is presented as a unique film about the history and culture of roots Reggae music and the Rastafarian movement in Jamaica, as told by world renowned Reggae musicians and historians. The project is now complete but your help is needed to overcome the final step : acquiring the licensing for the music ! So if you want to participate to this great project, don’t hesitate to pledge some dollars before December the 14th via the Kickstarter project page…