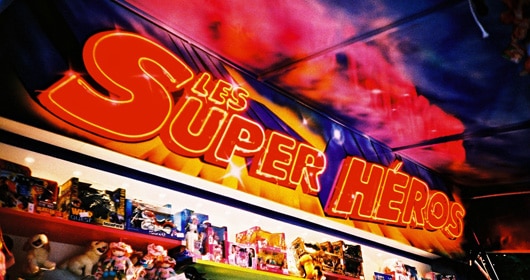 “Les Super Héros” is more or less following the French Kiss, namely a big mess based on Hip-Hop / Reggae remixes, bootlegs and versions. I had at the time packed this episode on the theme of the french kiss as a symbol of musical brewing, in other words I had a lot rowed to find a concept…

5 months later the problem is now solved as I’ve finally found a solid scenario ! Basically this is the story of the bad Major Lazer who arrives in his ship, the Sound Dimension, to fuck the shit out of Beenie Man and his cronies Loo & Placido…